The impact of fires on the heritage of the moors is often neglected and Anna highlighted the effect of a spate of wildfires during the summer of 2018 and spring of 2019 in particular ones at Stalybridge and Big Moor on the edge of the Longshaw Estate.

The uplands contain a large variety of rich heritage resources, which can be found on top, within and under the peat soil. Some examples of this are: 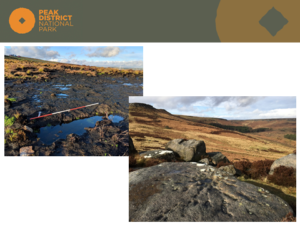 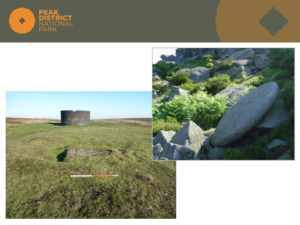 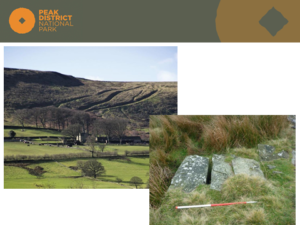 Stone tools and flint blades used by Mesolithic and Neolithic people moving through the area revealed by the erosion of peat soils on upland edges. 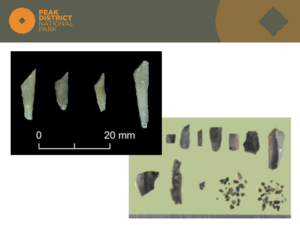 In 2018 there were more than thirty fires in the National Park alone. They are generally caused by accidents, carelessness, disposable barbecues or in some cases being started deliberately.

The main impacts of fire are a danger to life, devastating effect on vegetation and habitat, loss of air and water quality and reduction in carbon capture.

In June 2018 the fire at Stalybridge caused over ten square kilometres of damage and left burnt and exposed peat over the landscape. As a result, historic items were exposed such as bronze age cairns and even aeroplane wreckage. 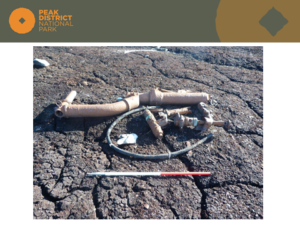 At Big Moor a large fire started in summer 2018. This area contains a Bronze Age landscape of great significance and many of the features  were exposed as a result of the fire. Photos taken at the time show the fire’s impact. 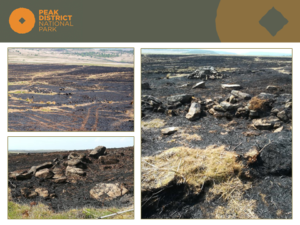 In addition, there were major fires that year at Merryton Low and on the Roaches in the south of the Peak District. The latter resulted in the loss of a five centimetre depth of peat and released eleven thousand tons of carbon dioxide into the air.

Lessons to be learnt from Fire Incidents

In conclusion Anna stressed that uplands are complex, fragile places and are not just wild and uninhabited environments. In addition, the importance of recognising the multiple interests in the landscapes be they natural, environmental, recreational or heritage so that the relevant bodies can be better prepared for any future incidents.