Dr Jenny Stephenson is an active GP practising  at Stannington and author of three local history books covering medical history, pharmacy and now water gave us a most interesting talk this week.

The talk was based on a book written by Dr Jenny Stephenson,  (see picture) recently published, which is an easily readable account of the above and many other issues, fully illustrated in colour with her own photographs and paintings. This book is sold entirely for WaterAid and Cavendish Cancer Care. Twenty books at £13 each would, for example, raise enough money to build a toilet in a school in Ghana. It can be obtained directly from Jenny at jenny@the-stephensons.demon.co.uk or from Waterstones in Orchard Square as well as several outlets in the city; also from Amazon on the link below: https://www.amazon.in/History-Water-Sheffield-Reflection-civilisation/dp/1905278918 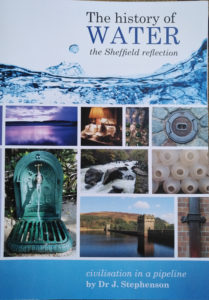 Jenny started her presentation with a declaration of interest given that water forms approximately 70 % of an adult body which needs constant replenishing, children about 1.75 litres per day at 7years and up to 3.3 litres by age 18. Jenny’s interest is also enhanced by her runs around many of the reservoirs that surround the city and provide fresh clean water not just for Sheffield but a much wider geographical area including Manchester, Derby,Nottingham together with parts of South and West Yorkshire. Runs which whilst normally a great enjoyment occasionally did not end well such as the time she fell at the water’s edge whilst watching a sandpiper, a moment now marked by a stone cairn to act as a memorial.

Sheffield, Escafeld in old English,became famous from the early 12th century for its cutlery and later steel industries and developed over time due in large part to the availability of a good supply of running water for mills, the seven rivers and springs also supplying a source of drinking water. The expansion of the city, especially during the industrial revolution, put pressure on drinking water provision and the lack of proper sanitation almost inevitably led to infective consequences that were not at the time anticipated or acted upon. Cholera first struck in 1832 and again in 1849 with over 400 deaths including the Master Cutler John Blake. This was despite the earlier provision of clean water from dams constructed in the 18th century in Crookes and elsewhere with water being distributed, around what was a small town of 40,000 in 1737, via hollowed out oak trees. The population remained fairly static until 1800 but over the next 100 years ballooned to 400,000+ with particularly sewage treatment/disposal not keeping pace with the increased demand. 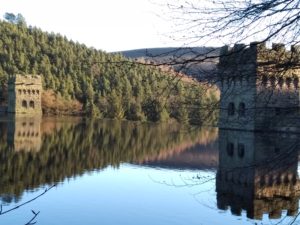 The building of reservoirs was a time consuming business with each requiring a separate Act of Parliament the reservoirs at Redmires and Hatfield being constructed in 1833 and 1836. The Sheffield flood disaster following the collapse of Dale Dyke dam in 1864 which killed 264 local residents and damaged over 600 buildings caused considerable delay in improving the city’s water infrastructure whilst reparation works were completed. 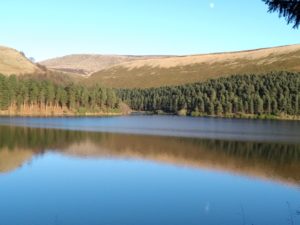 It took more than 22 years for the authorities to react to the problems following the enactment of the Public Health Act 1848 and research undertaken by John Snow who identified water as being the transmitter of cholera and Robert Koch who established the presence of the cholera bacteria in contaminated water. It was not until 1886 that the first effluent treatment plants were constructed in the Sheffield area despite the fact that sewer systems were in place in 1840 in Liverpool thanks to James Newlands and in London courtesy of Joseph Bazelgette. 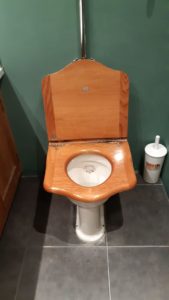 Jenny then gave us an insight into the development of sanitary ware as we know it today starting with the first valve flush toilet invented by Joseph Bramah, a toilet which can be seen at Butcher Works on Arundel Street, though this is in private hands and not generally open to the public. Jenny also was able to show us a picture of the toilet in Westminster Abbey installed for Queen Victoria and designed by the ever famous Thomas Crapper and one of the first taps on a public water fountain in Nottingham designed by Thomas Hawksley.

Jenny then took a look to the future with questions as to how do we maintain clean supplies for an ever growing and demanding population worldwide, what do we do regarding what seems to be a rising tide of microplastics and what are the possible impacts or climate change on water and sewage provision? As food for thought one litre of water in a plastic bottle results in the same emissions as a car driving one mile and the estimated emission of CO2 in the production and transport of bottled water is some three million tons annually.

Jenny then finished on a disturbing statistic that even today 790 children die every day from the effects of dirty water and it is therefore incumbent on the responsible authorities around the world to do as much as they can to alleviate this issue.

Following questions Jenny received a very warm round of appreciation for what was an illuminating and entertaining presentation.