Peter Ivey gave a succinct overview to a Zoom record of 45 members on how the internet works, and a very useful talk as most like me were fairly clueless; bits, bytes, HTML, 5G are familiar words bandied around but never quite sure exactly what they all mean.

Peter’s background includes a physics degree at Bristol, BT labs, chair in Electronics and Electronic Engineering in Sheffield, then his own company consulting on microchips.

The internet concept began in 1960 when JCR Licklider envisaged a system of massive information storage and retrieval shared by centres and individual users.

At around the same time, Paul Baran (RAND Organisation) pointed out the vulnerability of US Government communications and proposed a decentralised network that would solve the problem. 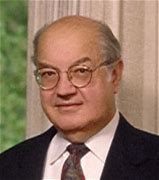 These ideas led in 1969 to the first internet-like network (the Advanced Research Projects Agency network – ARPAnet), which was developed by Leonard Kleinrock at UCLA, and others, for sharing data between universities in California and Utah for research.

In 1989 Tim Berners-Lee, the inventor of the World Wide Web (www), was working at CERN and was frustrated by his difficulty in accessing the information he needed. He created a new computer language HTML (Hypertext Markup Language) which remains the standard format of most web pages today. Hypertext allows you to get a document by clicking on a coded word or phrase. He also developed the technology for transfer of data across the web; HTTP (Hypertext Transfer Protocol), URLs (web addresses), a web browser and web server software. He published the first ever website http://info.cern.ch which is still available on the internet.

CERN resisted the temptation to patent, with amazing foresight made the WWW public domain and widely available so it could develop and expand as rapidly as possible.

The first web browser to become popular with the general public was MOSAIC in 1993. TimBL was knighted in 2004. 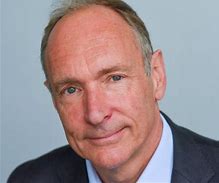 WWW is software and a means of using the internet, which itself is the infrastructure facilitating it and mainly hardware. There are layers of hardware and software as shown: 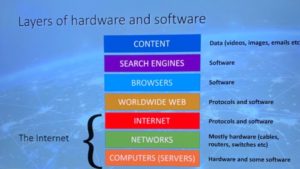 The internet works by shifting binary information. Basic requirements are a machine plus electricity and a means to send and receive information. A bit contains a single binary value of 0 or 1. Other than defining “True” and “False” it has little other use. 8-group clusters of bits are “bytes”. At least one million bytes per second are required, for example, to download a song and achieved by increasing the band width for faster download. All communications over the internet  are “splintered” into packets which can be routed along different channels, then recompiled into the correct order at the receiving end

To communicate over long distances light beams are transmitted via fibre-optic cables, which can send multiple bytes simultaneously at the speed of light with very little signal loss. Radio signals are cheaper than fibre-optics, so 1s and 0s can be converted into radio waves by WiFi for conversion back to fibre-optic and/or copper cable at the receiver end.

The internet is vast, with an average of 7 connected devices for every human in the world e.g. phone, smart TVs, Sky boxes, Alexa, routers. Telehouse North is one of four data centres in London distributing to the whole of the UK and contains a huge network of optical cables, tidy in front, chaos behind. 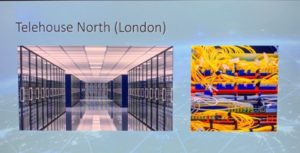 Global networks are connected both by submarine cables and satellites.

If the unthinkable happened and the internet went down, it would be impossible to return to the pre-internet days of the 1960s.

Mobiles wouldn’t work, landlines would be swamped, traffic lights would seize, hospital data couldn’t be accessed, cash machines and credit cards would stop, shops would run out of stock and, heaven forbid, Amazon would fail!

It would be an extremely unlikely event in peacetime but is a potential threat in war. Cyberwarfare is a reality: the Middle East and India in 2008, Stuxnet worm in 2010, and terrorism e.g. sabotage of undersea cables, satellite attack but also accidentally by solar flares.

The “Internet of Things” (IOT) is a hot topic and defined as “the interconnection via the internet of computing devices embedded in everyday objects, enabling them to send and receive data”. Examples are remote control of central heating, monitoring children, pulse oximetry, Alexa, transport, driverless cars, logistics, agriculture, industrial utilities and smart cities (e.g. parking). The IOT is on the way to matching the importance of internet communication and information e.g. WhatsApp, Google.

5th Generation Cellular will make a massive difference. Peter was definitely not a fan of Huawei. 5G networks are cellular. The service area is split into small geographical areas called cells, accessible everywhere. Devices are connected to the internet and phone network by radio waves through an antenna in the cell, with the benefit of greater bandwidth and much higher download speeds. The all too familiar 4G video buffering on Zoom or Facetime will become a thing of the past.