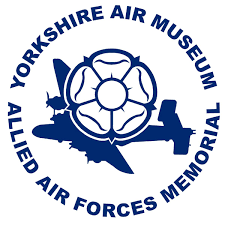 t select group of Stumperlowe Probus Club members enjoyed an inspirational and at times emotional visit to the former RAF Elvington air base near York which now houses the Yorkshire Air Museum or, to give it its full name, the Allied Air Forces Memorial and Yorkshire Air Museum, on Wednesday, September 13. 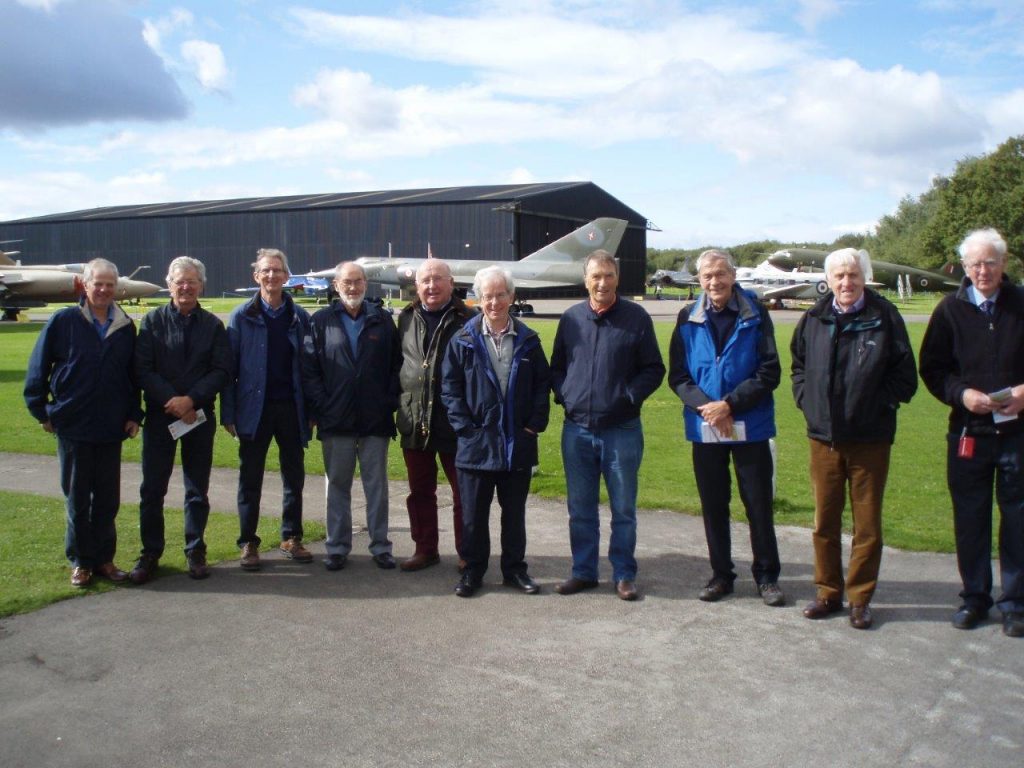 Our select group, minus the photographer of course, with some of the exhibits on show behind us.

As with other visits in the past, for example to the National Rail Museum, the four and a half hours we had allowed proved barely time enough to explore all the exhibits, indoor and outdoor, as well as the archive material and cinema screenings, not to mention a lunchtime visit to the NAAFI where many of the British and French aircrew lost during World War II would have enjoyed their last meal.

No 77 Squadron suffered heavy losses during its time at Elvington, with over 500 aircrew killed, missing or taken prisoner and almost 800 Halifax bombers lost as it played a major part in the Battle of the Ruhr and the bombing of Berlin. In May 1944, 77 Squadron moved to the newly opened nearby RAF Full Sutton and was replaced at Elvington by two French squadrons, numbers 346 ‘Guyenne’ and 347 ‘Tunisie’ who both played leading parts in the bombing of Germany.

Elvington was the wartime home of the only two French Air Force Heavy Bomber Squadrons, who flew the huge Halifax four-engined bomber on missions over occupied Europe. The museum, which is held in special affection by many veterans and the descendants of those brave airmen , has therefore enjoyed a unique relationship with the people of France, and the French Air Force and government, since its founding more than 30 years ago.

Of the outdoor exhibits, the highlight for many was the French Mirage IV nuclear bomber which had been officially inaugurated at its new home at Elvington only ten days earlier. The Mirage, which was Western Europe’s fastest military jet capable of sustained speeds of Mach 2.2 (1,400mph), was transported by road on a four-day journey from the Chateaudun air base in France.

The new attraction, which was first pledged to the museum by the French government more than 12 years ago, was officially unveiled on September 3 by Général Laurent Lesellier, representing the Chief of the French Air Force. It joins the much smaller Mirage III fighter which is also the only one of its type in Britain.

The Elvington museum opened in 1985 and had only a handful of aircraft to display. In those early years, volunteers were concentrating on refurbishing the central buildings of the original wartime site as well as focusing on restoring an original Halifax bomber. The French veterans who, 40 years after the war, were still very active, were anxious to help and to ensure that their own history within RAF Bomber Command was not forgotten.