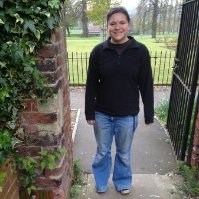 Sally gave us a diverse talk encompassing both the history of Tinsley and the Community Heritage Project in Tinsley.

She is involved with Heeley City Farm, which was founded in 1981.  This is a community based enterprise involving youth training.

The old terraced cottages  in Heeley were knocked down to make way for a trunk road to the city centre. The locals objected to a trunk road  passing through their comunity, and after 13 years the objection was successful and the Residents Association then started the farm on the derelict land. 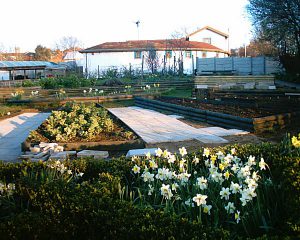 The farm deals with a wide range of social problems, helping children with learning disabilities and introducing children from all over the city to the role of working with  animals.  It also caters for patients with dementia.  All the work relies on volunteers.

The community in Tinsley has received many new immigrants and a “Health and well being” survey in 2012 found Tinsley was below average in air quality and life expectancy.  Many of the children learn English as a second language.  There is no library, pub or community centre there and so the Heeley Farm project provides support and learning and gives the children the opportunity to discover the history of Tinsley.

A Bronze Age boat was found at Chapel Flat Dyke in the 1960’s indicating that settlements were here in the Bronze Age.  The current church at Tinsley was built in 1879, on the site of an older Norman one dedicated to St. Leonard.  Tinsley was mentioned in the Domesday Book.  A Roger de Bousby, who was based at Tickhill Castle, was given land and Tinsley was part of his manor.

In 1819 the canal was opened which boosted industrial development and shortly after Tinsley had its own railway station.  The population in 1822 was 327 (mainly farming) and in 1901 the population reached 2000. 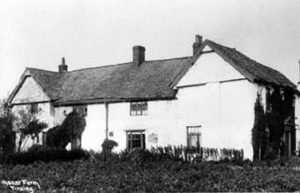 The Tinsley manor house built partly out of wattle and daub in the 11th century, was surrounded by parks and woods covering 413 acres.  The manor house was rebuilt in the 15th century and, many years later, in 1862 became a farm occupied by the Needham family.  After the Needhams left it became derelict and was put up for auction in 1953.  There were no buyers and it remained derelict and was knocked down in 1963.

The Heeley City Farm received £50,000 from the Heritage Lottery Fund for a 3 year project to work with Tinsley Junior School and Wessex Archeology.  The project, based at the school, was to discover and interpret the history of the manor house itself.  The field work was done by children who decided where to place the trench excavations.  The walls of outbuildings were discovered along with a piece of medieval pottery from the 11th century.

The whole project resulted in lots of spin-offs where the children, dressed in medieval costumes, listened to stories of times gone by and older people related tales of the farm they remembered from their childhood days.

It was a very varied talk accompanied by plenty of illustrations and was followed by many questions from the audience.