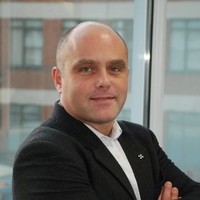 Dr. Stefano  Vaningave gave  a fascinating insight into the world of Forensic Science , stressing that its role is to  provide evidence by reconstructing the crime scene for others to make their judgements.  He is a Reader in Forensic Biology at Huddersfield University.  He said that Forensic Science is the application of the sciences (from archaeology to zoology)  to criminal and civil laws and can give evidence for the prosecution or the defence .   It covers all crimes from murders, rape, burglaries to less obvious offences  such as art fraud, computer hacking and money laundering.  The scientists collect, preserve and analyse scientific evidence. They can travel to the scene of the crime or have a laboratory role performing the whole spectrum of analysis.

A French scientist, Edmond Locard , developed the principle that crime cannot happen without leaving a trace. He stated whenever two objects come into contact with one another materials are exchanged. 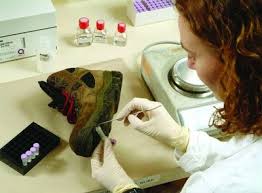 Wherever you stop, touch or step you unconsciously leave a silent witness to your presence . ( I now realise why the TV detective programme was so called)  However, the problem with scientific evidence is the human failure to find it, study it and  interpret it correctly, thus diminishing its value. Again, Locard states that you are never alone. Your body is covered by bacteria with each of us having a microbial cloud which differentiates you from another. In short we are dispersing ourselves all the time a boon for the forensic scientist to check our movements.

Everybody has a unique genetic profile called DNA and like fingerprints can specifically identify you.  DNA was first used in 1984 developed by Sir Alec Jeffreys who realised the variation in genetic code could be used to identify  individuals and tell one from another.  Sir William Herschel was  perhaps the first to see the benefits of finger printing and today it has been developed into the powerful tool in the armoury of the forensic scientist.

Stefano described several investigations which demonstrated many forensic techniques including  the analyse of plants, pollen, soil , ballistics , decomposition of bodies, insects and a whole range of evidence at the crime scene acting as a silent witness.  A most interesting and stimulating talk, prompting many questions from our members.