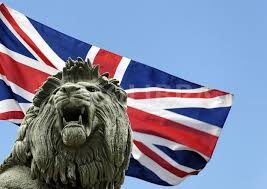 Our speaker this week, Antony Taylor, was Professor of Modern History at Sheffield Hallam University, a specialist in politics and culture.  His topic could not have been more topical, as the current Brexit debate raged around us in Parliament and the media.

Tony emphasised from the start that his talk was not about the pros and cons of leaving the European Union and that he would try to give an even handed interpretation of events.  The present impasse, he argued, owed much more to long term traits in our (four) countries’ characteristics than to more recent concerns such as backstops and control of borders. Brexit raised multiple issues around British identity and culture and prompted questions about the forces that shaped it.  It could even be argued that British attitudes to Europe go back to the events of 1066 and the Norman Conquest; the influences from which still resonate on Britons today.

Brexit had emphasised the fracture lines between London, its metropolitan elite, and the rest of the country, between cities and towns, seaside and inland, the Celtic nations, young and old, graduates and non-graduates.  There was now a crisis of ‘Britishness’ and confidence in many British Institutions had waned.  Many of our national institutions commanded the respect they once did.  The BBC, the Civil Service and the NHS were  under scrutiny and even the Monarchy had had its difficult moments.  At the same time we have witnessed the rise of Celtic nationalism.  The 2015 General Election saw the SNP sweep the board in Scotland while the two main national parties emerged weaker with their position more fragile and divided.

At the same time there has been a revival of ‘Englishness’ if not entirely of the ‘Jam and Jerusalem’ or rose-covered cottage, Morris dancing variety.  A recent poll showed 70% of those who self-identity as English voted for Brexit; 70% of those who self-identify as British voted remain, especially people of Black, Asian and Minority Ethnic background. Englishness, Tony thought, was a more visceral identity than Britishness, quoting from Daniel Defoe’s ‘Trueborn Englishman’ :  “From this ill-born amphibious mob began/that vain, ill-natured thing, an Englishman” and less the left felt neglected, from George Orwell and Billy Bragg.

Nothing has become of a proposed Yorkshire Parliament that could argue its case along the lines of those in Cardiff, Edinburgh or Belfast.  Tony thought that the absence of binding, governing institutions that could be described as truly ‘English’ were a factor in Brexit voting and issues of regional concern were not being addressed in devolved Government agendas: there had been a rebellion against powerlessness.

Having compared the impact ‘Englishness’ and ‘Britishness’ on Brexit, Tony Taylor turned to events in our own lifetime.  The present crisis of British nationhood, he argued, began in the 1950s and 1960s. Again, there were references to literature of the period which our speaker contrasted to that written only eighty years earlier.  Sir John Seeleys “Expansion of England” (1883) and Joseph Chamberlain’s speeches with their patriotic talk of ‘Imperial families and mission’ and ‘sons of Britain and Empire’ were matched against an era of withdrawal and decline, depicted in such offerings as John Manders “Great Britain or Little England?” and Kingsley Martins’s “Britain in the Sixties: The Crown and the Establishment” (both Penguins costing 17.5p!).  The sun was setting and winds of change were blowing Union Jacks down, not just over Suez but in over 40 colonies around the world. Aden in 1967 was the last ‘colonial war’. It is unlikely today that any Dominion Prime Minister would declare himself, like Sir Robert Menzies, ‘British to the bootstraps’. But it was, perhaps, an American, Dean Acheson, who summed it all up in 1962 “Britain is a country that has lost an Empire but not yet found a role”.

And so we arrived at post-imperial Britain along with nostalgic ‘Dad’s Army’ and Bruce Forsyth’s “Backing Britain” (both 1968). On the political front, Britain saw its future in Europe’s then Common Market finally joining in 1973.  It has always been a fractious relationship with a referendum producing the narrow ’Brexit’ vote of 2015.  Tony considered that neither Europe nor the Commonwealth had been a substitute for Empire, interestingly its loss of opportunities being felt disproportionately in Scotland which could no longer feel part of the imperial endeavour. Several prominent UKIP members such as Douglas Carswell, had an Imperial background. Post-imperial Commonweath perspectives however, never entirely disappeared.  Michael Shanks, in “The Stagnant Society” (1961) believed that entry into the EEC had to be counterbalanced by continuing preferential trade with the Commonwealth.  That view persisted to this day but the world has moved on.

Tony Taylor concluded his talk with a brief resume of other factors which might have impacted on the Brexit vote.  These included broader and emerging trends in the modern world. Despite recent Russian resurgence, the end of the Cold War in 1990 has led to a weakening of the old Atlantic view and the ‘special relationship’. The US is now struggling to controls its interests and, in common with Europe, the rapid rise of China is an emerging threat.  National cultures are being washed away by globalisation leading to enfeebled state systems that struggle to control militant regionalists from Spain to Scotland.

Professor Taylor concluded his presentation at that point and invited questions. A session of about 30 minutes followed when a ride range of issues were discussed, many being of the ‘how do we get back control of our borders/money/laws’, ‘where do we go from here’ and ‘what happens if’ ‘varieties.  It was a most stimulating and interesting morning, for which our speaker received warm applause.