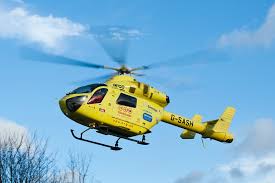 One of our members has every reason to be indebted to Yorkshire Air Ambulance as it most certainly saved his life. Taken ill with a heart attack whilst walking with a group in the Derbyshire Peak District, he was too far from public roads for an ambulance and too ill to walk or be carried. Calling the emergency helicopter was the only hope. The helicopter was there within 20 minutes and landed on an outcrop of rock surrounded by peat bog. The patient was air lifted to Chesterfield hospital where he received life saving treatment – all in a day’s work for the Yorkshire Air Ambulance (YAA) 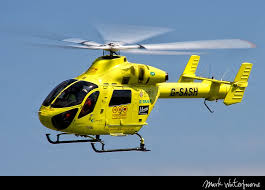 YAA was started in the year 2000 and since then 7200 people have reason to thank this superb facility, which is available 7 days a week and 365 days a year, covering 1500 incidents last year ( 3 incidents on average a week). YAA has 2 bases at RAF Topcliffe near Thirsk and Nostell Estate near Wakefield which ensures 90% of Yorkshire’s population of 5 million can be accessed within 20 minutes. The prime target is to get the patient to a trauma centre within one hour of the incident happening. The service covers Yorkshire but will respond to emergency calls in North Nottinghamshire and Derbyshire as required.. 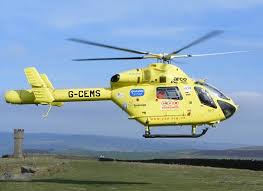 When YAA was formed they had one ageing helicopter 20 years old. Last year they purchased 2 new helicopters costing £6M each giving all the benefits of modern machines in terms of performance and clinical equipment. There are 8 pilots, mostly from a military background, paramedics and doctors. A helicopter would normally be crewed by a pilot, 2 paramedics and a doctor. At base, a paramedic is on duty to screen emergency calls, assess the situation and decide whether to call out the helicopter which could involve road accidents, industrial, sports / leisure accidents and sudden illness.

YAA costs £44M a year to run or around £1200 a day . It is a professionally run charity dependent on the generosity of its supporters and general public. An excellent presentation by Robin who is a volunteer clearly committed to the cause.