Stan, who is one of our members, gave an entertaining insight into his career as a pharmacist, mixed with a little flavor of his private life, including his period as a national serviceman. He hails from Blackpool but has been in God’s country sufficiently long to be accepted by the locals.

With his father’s words  ringing in his ears, telling him that he would never get anywhere in this world without qualifications, he set out to become a qualified pharmacist. He started his career working at Timothy Whites, in Cleveleys, Blackpool and attended the Harris Institute in Preston (which became a university): he also attended full time courses in Leeds.

Stan’s national service took him to Malaysia, and  because he was a pharmacist he was made a sergeant, whilst medical doctors were automatically made officers. Dispensing pills and potions in jungle hospitals was quite challenging but after his training in  Blackpool, Stan took it in his stride. He became a  manager  in Blackpool but always wanted to own his own pharmacy and when an opportunity came up in Swinton, near Mexborough, Yorkshire, he and his wife Enid, took it. 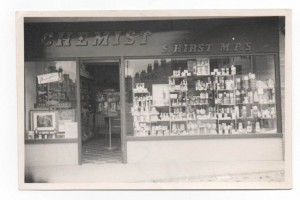 Stan and  Enid, ran a very successful first shop, and were able, in time to buy the shop next door, followed later by the shop on the other side.  This was now a large, very successful business, employing many staff using modern marketing techniques to attract the customers. 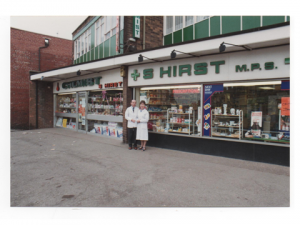 Stan explained the differences in pharmacy in his early days compared with today: making pills and mixing potions are a thing of the past. Drugs were kept on the premises but occasionally he would be called out in the early hours of the morning to lock up after burglars. Later in life Stan sold up and worked in a pharmacy in Sheffield, sharing the managerial duties. Towards the end of his career he took semi-retirement and acted as a locum.

It was a most interesting and entertaining talk by one of our own members.